By Judy on February 5, 2022 in Politics, Social Change I’ve talked, in my blogs, about the ways liberals have contributed to the national crisis, talked, in fact, about everything except the only issue liberals of today are talking about—race. Identity politics has eclipsed the role that the loss of the working class, growing inequality, and Reaganism have played in splitting the nation. Race is, without doubt, the nation’s knottiest, ugliest, and most stubborn problem, and the South, focus of current attention, has held the nation hostage to its plantation-era culture long enough. But the problem has always been there. Why has race become the single flaming issue?

In part because the January 6th insurrection has focused us all on white supremacy’s threat to our democracy. But when did white supremacy, a marginal cult at best, become the face of the Republican Party? It wasn’t always so. Our first black president won a thundering majority in 2008. Forty percent of working-class voters, measured by education, voted for Obama, and he won in six now battleground states.* How did the same working class voters who  elected a Black president twice become, in ten years, the vengeful, ugly face of white extremism on January 6th? 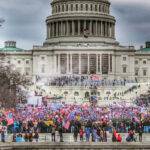 The easy answer is, of course, the appearance of Donald Trump. The harder question is how Trump gained such complete hegemony over the working class, his party, and the nation. It feels as though all of the conditions I’ve been talking about for the last half dozen blogs, plus Reagan’s out-of-control capitalism were all just stage-setting for the entrance of this man. I believe in the power of charisma, but the working class’s willingness to jump into bed with the capitalists who were exploiting them leaves me bewildered. It’s when I look at the men (largely) he attracted and his reported weakness for flattery that I begin to understand. Trump plus men like Steve Bannon, a mathematical genius who developed an algorithm for identifying and targeting the susceptible internet audience, plus Trump’s obsessive focus on Obama’s birth combined to create a perfect storm.

Fear—the birthplace of hatred—was the critical ingredient. When you shift fear of the future, fear of a world moving rapidly out of reach, fear of poverty, to the fear of those different from ourselves and add to that an oblivious Democratic Party focused solely on minorities then you have an audience ripe for a demagogue. Trump wants power; Bannon by his own account wants to overturn the existing order. Together they fanned the embers of fear in every heart and fed the flames of extremism on both sides of the racial divide. They won. For four years Trump and Bannon and their cohorts had free rein to manipulate their base. And their base felt their power for the first time in decades and will do anything to hold on to it.

These aren’t the conditions for any rational discussion of race or any progress toward equality. The issue is now the maintenance of the institutional underpinnings of the democracy, the order Bannon believes is hopelessly corrupt on the one hand and that  radicals on the other claim is racist at its core. I do believe equality is a deeply engraved value in the American psyche and can do battle, internal and external, with prejudice until it wins. But allow the power of the internet to fall into the hands of those who deliberately heat fear into hatred, prejudice into racism, and we’ll move further and further from the kind of attitude change we seek. 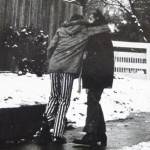