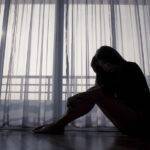 If there’s anything the pandemic has taught us, is that isolation is bad for the human soul. Maybe it has also shown us that our need for community, for others, is both vital and powerful—as much to our self-interest as to our individual aspirations. As an ageing woman with lousy hearing, I fight the pull toward withdrawal from the community on a daily basis and thank the gods that be for the best friend with whom I’ve shared a house for almost twenty years. I’ve lived long enough to see the country move from one extreme to the other without finding harmony and fulfillment. Perhaps it resides in that vast empty, devalued place—balance.

In my parents’ day. community role reigned supreme. My father grew up in a small Illinois town, the son of a traveling grocer and a mother whose chief pride was in having four sons—not daughters—who would make something of themselves. “Make something of themselves” refers to status, not aspiration here. He became a professor of medicine at the University of Chicago, an eminent institution, and I remember just one comment, given disparagingly with a laugh, that he once thought he wanted to be a novelist. According to others in the field, he was a master diagnostician, gifted in the art of medicine—but at Chicago, it is research that earns the honors. He did not love his job. He sat long over breakfast, came home to lunch, and arrived punctually each night for dinner. He published. He made tenure. He succeeded by all community standards. He was above all a responsible head of his family, but it left him inert in his chair with depression for the rest of his days.

My mother was the daughter of an evangelical minister who raised his family by traveling around the small towns of South Dakota and Iowa preaching hell and damnation. By reports I learned later in life, her father was an authoritarian, angry man. She rebelled. Took off and put herself through college by scrubbing dorm bathrooms, then went on to Northwestern for graduate studies in biochemistry. There she met my father, married, and devoted herself totally to wife and motherhood. She never talked about that stage of her life, and if my father mentioned the professor she worked under, her lips tightened and she gave monosyllabic answers. She had a small group of good friends, but partook of university functions only when necessary. She poured herself into motherhood with a great deal of energy, but I have no idea what happened to the rebel biochemist.

I followed the established path and married a fellow student upon receiving my undergraduate degree. My husband was from small-town Nebraska and son of a lithographer. His first love was carpentry, but his brains carried him to the seminary for high school, following his mother’s wish that he become a priest, then to University of Chicago on scholarship and on to graduate school and academia. But for him, the rewards of academia gave little satisfaction. Though he became a full professor, he never found an area of academia he loved, so in his own eyes, he was a failure acting a part. Like my father, he became the victim of chronic depression.

For me, marriage was a role I knew and was prepared for, and motherhood is deeply rewarding in itself. It wasn’t until I was in my forties that I discovered the writer. My children were well along in school by then, so returning to the university did not conflict. Creative writing at the University of Michigan at that time consisted of one professor who presided over one room, where writers hung out. To that professor, I owe my development both as a writer and a person. The rest of the English Department didn’t know what to do with me. I was one of the first returning women, the same age as some professors, and I was going to be a writer, not a scholar. Research universities are for scholars. I didn’t fit, and it didn’t bother me. I was high on discovering my talent. It wasn’t until my marriage fell apart and I confronted the need to earn a living—take on the role of breadwinner—that fiction writing went to the back burner where it simmered for over twenty years. By teaching writing, albeit composition not fiction, I was able to keep some aspects of aspiration alive, a balance that sustained me over the years.

The pendulum was already swinging toward individualism by the time I returned to school, and there’s no doubt my writing was boosted by the women’s movement, which was just coming into full swing. Then Reagan was elected, and the meaning of individualism was transformed from aspiration to material success and freedom from community obligation—especially government. Rights, not obligation, now reign supreme. Women postpone or forsake motherhood for individual attainment whose demands too often keep both men and women tied to their cell phones twenty-four-seven. Both divorce and my disappearance into the workforce were disruptive forces in the lives of our daughters, and all of my volunteer work in the community ceased. To this old lady, this arrangement is not sustainable for either the men or the women—and certainly not for the children. The cost to the nation is just beginning to appear. 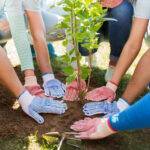 I recently heard a young journalist speaking of the hollow where community used to be—neighborhoods that no longer exist—just houses standing empty, their occupants elsewhere. He argued that government must fill that role—build community centers, health centers, etc. That empty place was where the women used to be. They were the community builders, the PTAs, the, the block festivals, the church workers, the communal babysitters, food banks, bake sales, political work of all sorts. Many if not most men also contributed their spare time to community efforts. Volunteers provided the glue. Though seniors still provide many services, that role has been devalued out of existence for the working-age population, The pandemic has finished the job. Half of the population has declared that their individual rights trump public health and government. Perhaps we are where De Tocqueville predicted individualism would lead us—isolated in the loneliness of our own hearts.

We need not be here. Many Americans have blended or balanced aspiration and community obligations successfully. Political movements, because they are protests, find the appeal of the extremes irresistible, perhaps because they attract attention. For the left, government should do everything communities once did, for the right, it should stay out of the way of individual rights. Individualism has become, as de Tocqueville predicted, selfishness. It’s the citizen who sees the validity in both sides who should lead us back toward balance. The voice of wisdom.

Of Magic and Muses
The Power of the Imagination

One Response to Individual Versus Community