In my last blog, I talked about the power of respect, the effect that being respected as a woman had in my own life as well as the cruelty of mockery and belittlement. In writing it, I realized how central respect is to our democracy. In How Democracies Die, Levitsky and Ziblatt call

lack of respect for opponents the first sign of decay. When opponents are fed fear and hatred, as the American Right has been, opponents become enemies, and politics becomes war. But here I’m talking not so much about this polarized state as about the underlying attitudes that feed it—attitudes that seem so much a part of our everyday life.

Alexis de Tocqueville, in 1850, called Americans’ sense of equality one of its unique strengths. He was, of course, viewing the country as a French aristocrat, and equality, for him, meant our lack of a landed gentry. But de Tocqueville supported the French revolution, so the American experiment was of vital concern to him, and the strengths and hazards he saw here have made him a classic of American studies. I find they have lasted me a lifetime and return to me every time I see and feel the lack of respect we bear for each other. 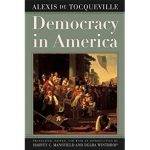 I asked a writing class attached to a Communications course to write a summary of the beliefs that made them Democrat or Republican, then write another of their opinion of what their opponents believed. They were stunned, upon sharing the results, that the two—their own and their opponents’ version—bore no resemblance to each other. The exercise laid bare the importance of communication, but the dystopic view we have of each other isn’t limited to politics.

It seems a routine part of belonging to any group includes the belittling of another. I grew up in the medical world, which is divided into Medicine and Surgery. Medical people call surgeons “plumbers and mechanics,” and surgeons viewed medical people as those of lesser talent—as displayed repeatedly in TV series, Gray’s Anatomy. Nurses and doctors, attendants and nurses, all seem to share negative views of each other as matter of course, and I’m sure readers will have no trouble coming up with examples from their own world.

If equality is our strength, it’s a fate we seem eager to escape. De Tocqueville also feared that the absence of being born into one’s permanent place in the world would lead us into perpetual insecurity, and perhaps he’s been proved right. We are forever defining our “place” by contrasting it with another. Most of us grew up in families who marked their place by contrasting to another race, nationality, or social class, and that “place” is far more indelible than de Tocqueville imagined, but if we leave it, as social mobility encourages, perhaps our new identity is forever in need of bolstering.

Individualism is, of course, the concept that promises us a life of our choosing, and it is one that de Tocqueville feared would leave us unmoored, isolated, and eternally lonely. He hoped, however, that the American habit of creating and joining civic organizations would save us from this fate. Both of my parents were first-generation college graduates and, perhaps because of this, held independence as a cardinal virtue. Both struggled between the place they were born and the intellectual community they became part of; though they raised us as members of that community, their emphasis was always on individual talents—not membership. None of us, in fact, found a home there. I came the closest, but my husband, also a first-generation college graduate, never felt at home there, and I lived on the fringes of the communities where he taught. Though I was faculty-wife, parent, graduate student and lecturer of the University of Michigan, I joined organizations and identified with the town around it. We had good friends in both town and gown, and since my divorce, I continued that practice. I share a house and a forty-year friendship with a woman who attended college for only a year.

Perhaps because I’ve always been an outsider, I’m no stranger to belittlement and so am perhaps unduly conscious of Americans’ habit of debunking others. It may, in fact, have contributed to my fascination with the mysterious ways Americans fashion an identity—however insecure—from the multiple cultures they carry. I thank the university for opening the world of culture to me, for it’s made me a writer—a place I feel I belong.

I’ve found my security in my identity as American, and for the first time in my life—which is long—I feel that identity threatened. If our need for status drives us to contrast our group to others, we need to recognize it as our Achilles Heel and be mindful of its hazards. I’ve written many blogs on the increasing polarization of the nation since the Sixties, a situation that made it ripe for a leader who used the bellows of technology to inflame fear into the hatred and violence of today. It has taken two hundred years to create the civility necessary for democracy to survive, but only six to bring us to the point of destroying the institutions that have sustained us.

On Being a Woman—a Long View
Words Change Us

One Response to Respect