Election Day plus one, and liberals are shaking their heads in amazement. Conservatives are shaking their in bewilderment—or disbelief. No red wave swept the Democrats out of office. In fact, some red states started popping blue spots. Yesterday, election day, I had nothing to write; it was a day of waiting for the axe to fall. Today there’s a spring in my step again. What happened? The media is scratching its head, conjecturing away on the cause or causes, so I might as well join them.

The scene was set for the “normal” midterm when the voters blame the incumbent President for all of our troubles: inflation, immigration, war, big government, etc. But they didn’t. Polls confirmed their concerns about these issues, so why didn’t they vote against the incumbent party? Maybe it was the alternative—voting for a troop of election-deniers. Maybe it was a “not Trump” vote. Maybe the population draws the line at disrupting the peaceful transition of power. Or maybe it was the women. Certainly, the overturning of Roe vs Wade caused a massive jolt to the country. It also shifted voters’ attention to state governments—governors and secretaries of state in particular. It’s too soon for answers, but I know at least two “Trump” states, Wisconsin and Kansas, elected Democratic governors. Peculiar. Conservatives were betting that the furor had settled down, but every state ballot issue restricting abortion rights went down—solidly. I had an experience long ago on a civil rights jury where the wives turned their husbands in, so I had this fantasy of “Trumper-wives” quietly pulling the “wrong” lever in the voting booth. And maybe they did. Maybe in achieving their most sought after goal, MAGA has written its own defeat. 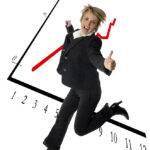 Or maybe the MAGA balloon has deflated a bit. It’s hard to maintain the necessary state of rage and hatred forever. It begins to go stale, like a half-inflated helium balloon that’s been battered by the wind for too long. Made-up stories begin to sound flat—tinny. Faced with the increase of hate crimes, the violence of January 6th, and the assault on Speaker Pelosi’s husband, conservative leaders begin to remember their initial reaction to the rise of Trump. Or maybe ordinary Trump voters are simply tiring of the continuous stream of hatred. Who knows? Maybe all of the above. If it sounds more like a list of wishes than conjectures, it probably is. My native optimism hasn’t had much to feed on in recent years and is likely to go haywire. We don’t yet know whether Democrats have kept control of the House or Senate, and it looks as though we’ll end up close to evenly divided—as is the nation. We also don’t know the “election-deniers’” reaction to the vote count. But today I feel the burst of energy that comes from renewed faith in the power of democracy and the human race. That’s enough.