The seeds drift in offhand conversations, in the daily news, in the air we breathe.

“That’s it. Would you believe it?”

“Strange. She looks a little weird, don’t you think?

“Donnie has a man teacher this year.”

Which ones find the soil to germinate, grow, and flower into suspicion, then conviction?

“Doubt,” Philip Seymour Hoffman’s character says in the opening soliloquy of the 2008 movie by that name, “can be a bond as powerful and sustaining as certainty.” If you missed that movie, which was nominated for several Oscars, Hoffman and Meryl Streep give a masterful performance on this powerful theme. 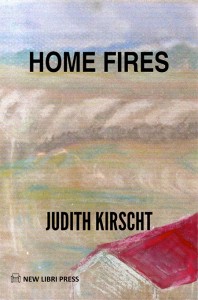 In my just released novel, HOME FIRES , Myra Benning, wife of a promising oceanography professor, flicks on the answering machine and hears …

“Derek—Professor Benning. This is Gina. Call me.”

The nervous young voice clicked off, leaving Myra staring at nothing. The only motion was the drifting fog, the only sound her own breathing; if she stood here long enough, the fog and the sea would lift all else away; gradually all would grow faint, diaphanous and vanish. But it didn’t. Not this time. The mistaken use of his first name—the urgency, even anger, in her voice. The breathy intimacy of the tone. Gina with no last name or phone number. Like rocks, damning lumps crashed through her barriers and lay inert.

Once trust is broken, what’s next? Who should she believe? What should she do?

Myra’s decisions carries her into deeper and deeper waters that fracture family and more.

I invite you all to read HOME FIRES, a novel of the effects of doubt, suspicion, and conviction on family bonds– now available as a Kindle e-book and available in paper in a couple of months.

Why Novels Make You Nicer
A Note for November