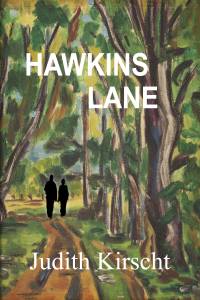 Son of a murderer, Ned Hawkins has resigned himself to an outsider’s existence until he meets Erica Romano, daughter of the town’s new doctor. They create a life for themselves as forest rangers in the North Cascades—until the release of Ned’s father from prison disrupts the harmony. Ned’s renewed fatalism sets off a chain of disasters that brings both face-to-face with the destructive power of their pasts and throws their future into doubt. “Kirscht has penned a poignant story of two good people who struggle to escape their pasts and carve out a fulfilling life together.”

“…this novel…felt so real that I had to remind myself this isn’t a true story but a work of fiction.”

”   This is a fantastic book. It grabbed my interest from the first word and I could hardly put it down until I was finished, yet I didn’t want it to be done. Judy Kirscht has written another excellent story, exploring family dynamics with the broken threads of a past murder, anger, and unforgiveness, woven together with courage and love.“

“… A fine contemporary novel and a worthy family saga, the author shows a keen sense of story. Her characterization skills are extraordinary as she captures the lives of not only Ned, Erica and Bonnie, but also of Ned and Erica’s mothers and other family members. Kirscht’s in-depth descriptions of pristine mountain wilderness are exquisite.”

HAWKINS LANE is available by order from your local bookstore, Amazon.com and Barnes and Noble.