By Judy on November 5, 2021 in Politics, Social Change 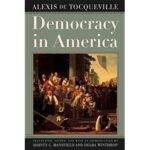 For the last seven posts, I’ve written about the liberal’s responsibility for the current toxic polarization of the nation. It’s time, probably past time, to turn to the other forces. If equality drove the liberal political forces with such missionary zeal that the growing inequality of white working-class America became invisible, freedom became the passion of the conservative voice—with the same effect.

George Packer, in Last Best Hope sees the ’80s and the election of Ronald Reagan as the beginning of the conservative surge. Together with Milton Friedman’s supply-side economics, they freed capitalism from years of government regulation. For me it was shades of the past; I felt as though I was back in college reading Adam Smith’s Eighteenth Century theory of the “invisible hand.” Turn the market free to its “natural” course and it will take care of everything else. If everything, from medicine to education to the military were privatized, the nation would prosper. Competition was the sole virtue.

As an author trying to publish my first books, I felt its force in the merging of publishers, the elimination of books that didn’t have mass market appeal, the rise of the Best Seller as the sole indicator of the public’s taste. As a teacher in a public university, I watched the number of students heading for Masters Degrees in business and accounting sky-rocket. Law school enrollments surged. On the public scene, school vouchers became a hot topic—tax dollars should be retrieved for one’s private choice, not bound to public education. ‘Take Care of Number 1’ signs decorated everyone’s desk. University departments vied for student hours, putting more and more pressure on eliminating general education requirements or customizing courses to suit their own perspective.

Individualism became both king and queen. Alexi DeTocqueville, the visiting Nineteenth Century French aristocrat whose Democracy in America was one of the most important books in my education, was leery of this new American trait. He argued that the ability to break free of the social class of one’s birth would leave Americans chronically insecure and, in the end, result in pure selfishness. A chillingly accurate forecast. On the other hand, he was impressed with American “habits of the heart,” their habit of joining organizations that served their communities. He believed that this dedication to community and to self-government would save their democracy. How often I remembered both of those predictions as education tore away from itspublic responsibilities and restraints. Nowhere in the two public universities where I taught did anyone mention educating citizens—individual success was the sole aim.

In the years following, the economic effects became more and more evident. George Packer, who calls these years the rise of the Free America voice, puts it well:

The majority of Americans who elected Reagan president did not vote for the destruction of the blue-collar workforce, or the rise of a new plutocracy, or legislation rigged in favor of organized money. They weren’t told that Free America would break their unions and starve their social programs, or that it would change antitrust policy to bring a new age of monopoly, concentrating financial power and strangling competition, making WalMart, Citigroup, Google, and Amazon the J. P. Morgan and Standard Oil of a second Gilded Age. They had never heard of … libertarian billionaires, who would pour money into the lobbies and propaganda machines and political campaigns of Free America on behalf of corporate power and fossil fuels. … the 1980s exposed the crony capitalism that lay at the heart of Free America. The shining city on a hill was supposed to replace remote big government with a community of energetic and compassionate citizens, all engaged in a project of national renewal. But nothing held the city together. It was hollow at the center, a collection of individuals all wanting more. (P. 46)

In the years that followed, 1990’s to 2009, the economic news stories were always centered on cutting labor costs to increase profits. All was measured in “the bottom line.” Before I left Michigan for California, General Motors had replaced full-time with part-time labor to eliminate benefits. Everywhere, Right to Work laws were passed, weakening economic support for unions. Pensions were reduced; senior workers were eliminated in favor of cheap, young help. Cheap compared to the senior worker anyway; I watched accounting graduates walk into jobs that paid three times what I earned as a lecturer. But the economy boomed away, corporations swallowing independent businesses, aimed to satisfy shareholders rather than consumers. Factories moved overseas; leverage leveraged itself; capitalism cannibalized its own infrastructure; thousands fell into poverty every year; but life was good.

By 2009 the price of granting freedom to corporate America was clear:

The crash of 2009 shook up the system enough to elect a Democratic President, but the Democratic Party was now, as Packer says, “sliced up” into separate causes—none of which included the working class. Not only was it totally absorbed by social justice concerns, it was, by now, dependent on the dollars from the corrupt corporate system. During the 2016 fateful election campaign, I kept pounding on the table (again) shouting for Hillary Clinton to mention the working class. She didn’t. And it exploded.

George Packer sums it up: “… if I were to put it in a single sentence, I would say: Inequality undermined the common faith that Americans need to create a successful multi-everything democracy (p.38).

How Did We Come to This? II
Years of Impending Doom

3 Responses to The Janus Face of Freedom