By Judy on November 28, 2021 in Musings, Politics, Social Change 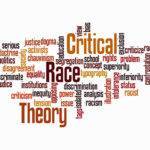 I’ve been hard on identity politics and its role in polarizing the nation, so I want to be clear. Race is a critical issue for the country, and one that needs to be addressed. I understood and supported Martin Luther King and the peaceful protests of the Sixties Civil Rights movement of the Sixties. I think the racial upheavals in the cities after his assassination are understandable—his death was a terrible blow to the efforts of African-Americans to be heard and their plight rectified. How long did America think it could avoid this issue?

My problem is not with the goals, though those seem confused today, but with the method, and not with the African American leaders, but with the white liberals. The white civil rights workers of the Sixties who went to the South to register voters were working to gain fair representation for African Americans within the system—integration. That goal I am solidly behind. But later, African American leadership split between integration, King’s position, and that of Malcolm X, who thought the entire system was incurably racist and promoted separatism. The despair after the assassination of King gave a huge boost to this position, understandably, and I think the white liberal leaders, though they celebrate King, have been influenced by Malcolm X’s view of separation from the white culture ever since.

Every movement carried the same message: distance yourself from a sick culture. “Multiculture” replaced the “Melting Pot,” national origin replaced present citizenship, as in “Native-American, “Japanese-American,” “Italian-American,” “Irish-American,” etc. The recent emergence of “Woke Theory,” that racism is systemic in the culture is the latest development. I don’t, in fact, know what it means to say racism is systemic. Deep in the culture? Yes. Reflected in the actions and attitudes of people in all walks of life? Yes. The word “woke” suggests people need to become aware of it—consciousness-raising as it was call in the Sixties and Seventies. Yes, but what is new about this? And what is the goal?

I do understand that many, if not most, parents look for neighborhoods with people like themselves, so vast numbers of children grow up without any contact with other races or nationalities. And surely American history curriculum needs to include the nation’s greatest sin as well as its strengths. So I understand consciousness-raising. The problem is that so little has changed since the movements of the ’60s and ’70s. The Black Lives Matter marches only saddened me, because it makes clear that all of this white guilt has had little effect on the lives of either whites or blacks.

The years produced Black Studies Departments in universities across the country, which succeeded in making blacks of the educated classes aware of their own history—an important step. And educated whites read the stories of black lives, another important step because reading is the act of walking in another’s shoes. It has also created a class of whites educated in the nation’s racial history who support racial justice activism. Finally, it was a huge unifying force, creating power. The other movements followed the same path—making people aware of discrimination—with the same effect. Awareness has done its work, but it has not much changed the lives of minority populations. It’s time to leave the past and ask—what is the goal?

I am a WASP, pure and simple. I am a Midwesterner, born and raised on the South Side of Chicago. I grew up in Hyde Park, the neighborhood surrounding the University of Chicago, bounded by Lake Michigan at one endand Washington Park on the other–which  was also the line between white and black. I was a teenager when the black population began moving into Hyde Park, and yes, it caused the fear of being overwhelmed that we read so often in accounts of racial conflict. The neighborhood and university joined in efforts not to keep them out, but to insure that its faculty and students stayed. There’s been a lot of criticism of those efforts, but the upshot is that Hyde Park today is integrated. I don’t remember a time when I wasn’t aware of the problems of racism—or work for change. When I graduated from college, I went to work as a caseworker in the South Side African-American community, and the blacks who lived there became people to me. In later years, they became characters in my novels. Am I aware of how they viewed me? Of course, but over time that changed too—because that’s how change happens. Person by person.

When my husband and I moved to Ann Arbor, we—quite by chance—rented a house in a sort of hodge-podge part of town north of the river inhabited not just by black and white but by both town and gown and anything else you might name. When we bought a house, we decided that was where we wanted to land. As it happened, the University of Michigan graduate-student housing was also on that side of the river, so our children went to school with the sons and daughters of international students from all over the world. A fictional version of that neighborhood became the heart of my first novel, Nowhere Else To Go. We didn’t see ourselves as missionaries; we weren’t dedicated to a cause. We just knew that we wanted our children to grow up with people different from themselves—the same principle my parents had held when they sent us to public schools in Chicago.

I also worked with the League of Women Voters to end school segregation and enforce one-man-one-vote, so I didn’t think I needed a lot of “consciousness raising”; however, I understood that the vast majority of white Americans grow up without any contact with minorities, so I tried to be tolerant of suburban-raised twenty-year-olds’ efforts to educate me. I had to question that tolerance, however, when black students belted my seven-year-old with erasers, following a lesson on white racism from their newly minted second-grade teacher. These were my daughter’s friends. Is the goal of consciousness-raising to create understanding or to make enemies?

When I was teaching in California, having been a WASP target for twenty years, I asked a Native-American a teaching assistant what the goal of consciousness-raising was. She stared at me blankly, at a loss for an answer. “To make whites understand what they’ve done,” she finally answered. “And then what?” I asked. She couldn’t answer. I assure you from long experience, guilt as an end in itself has few benefits.

Activists of all stripes need to understand that they are, and have been for twenty years, preaching to the choir—the educated Americans who became allies of the social justice movement of the Sixties. The rest of the country isn’t hearing them. They have either tuned out, get their news from other sources, or become increasingly alienated by being targeted as the bad guy and—if they are listening at all—only becoming angrier.

I can tell you absolutely that it was the years working in inner-city black Chicago that changed my attitude toward the black population from “the Other” to a vast array of human beings. I also worked with black supervisors and fellow caseworkers whom I respect to this day. Passing laws outlawing segregation and creating educational opportunities were critical to progress at the time, but they are top-down, which polarizes. Malcolm X looked at history and opted for separation and condemnation. Martin Luther King looked to the future and wanted understanding and respect. It’s time to decide. What is the goal? 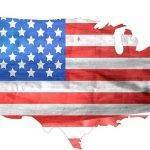 Time Out to say Thank You
Race in America: Stuck in a Rut

3 Responses to The Role of Race